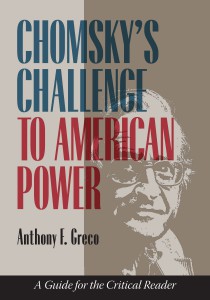 Chomsky is an unusually polarizing figure.  His admirers tend to be fervent and his critics fierce.  It is very hard to find perspectives on Chomsky in between those poles.  With this book I take up a spot on that lonely middle ground….I believe that while much of Chomsky’s work on politics is insightful and important, it is marred by glaring defects.  Unfortunately, the value of his work can easily be obscured in the glare of those defects.   I hope that a careful, balanced analysis of Chomsky’s deficiencies as well as his merits will help to remove the glare and thus serve to reveal what is genuinely worthwhile in his work.  I expect that this book will displease Chomsky fans and foes alike, but my objective is to serve critical readers—readers seeking not confirmation of their biases, but genuine understanding.

More about this book from the Vanderbilt University catalogue

Enter your email address to receive notifications whenever new posts are added to the blog.